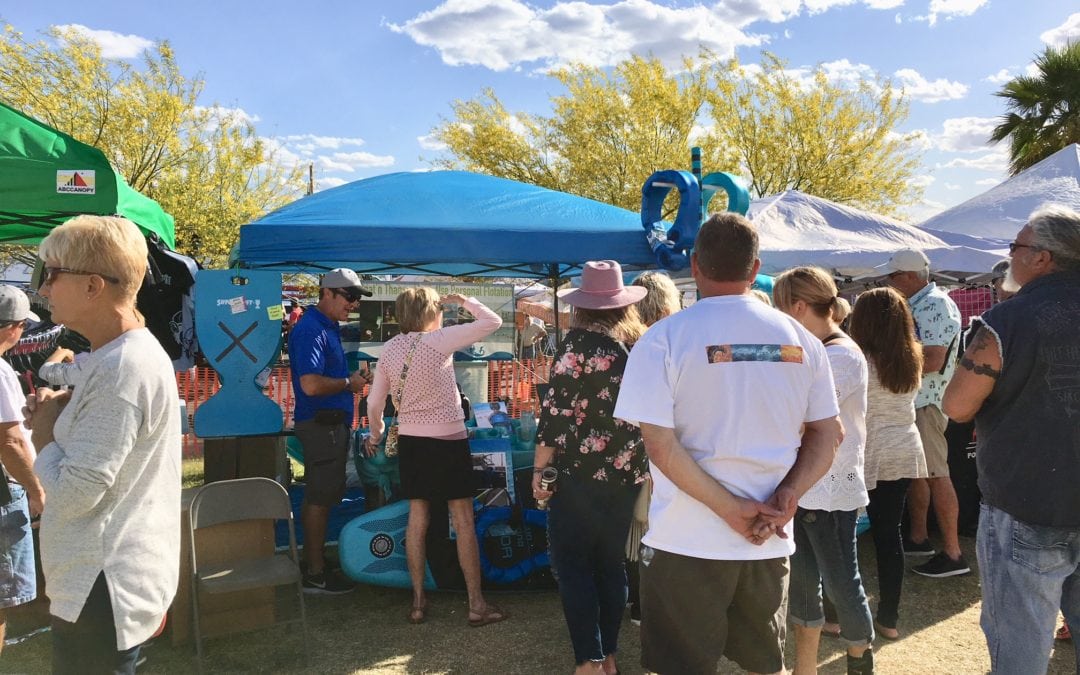 After One Year, Local Inventor Making Good On His Promise To “Get America Float’n”

Doug Masi, inventor and entrepreneur from Estrella, Arizona is a man on a mission. One year ago – on Father’s Day – Doug unveiled the first Float’n Thang, a new product destined to change the way people have “fun in the water”. Less than one year later he chalked up his 1,000th sale.

Float’n Thang, or just “the Thang”, Doug’s horseshoe-shaped float, billed as the World’s Most Flexible and Durable Personal Floater, is made of very dense, aviation-grade foam capable of floating up to a 300-pound person. It’s so well made, in fact, it’s guaranteed not to chip, peel, fade, or absorb water. In normal use it should last for years.

The rather quirky name is an outgrowth of Doug’s upbringing. “I’m originally from Florida’s Gulf Coast where ‘thing’ is pronounced ‘thang’, says Doug, “hence the name.”

The thang is getting great response and reviews from events from Lake Havasu to San Diego to Orlando. One reason Float’n Thang has even turned up as daily rental items at the stylish Sandestin (Florida) Golf and Beach Resort.

You can check it out at www.FloatnThang.com. And while you’re there, don’t miss the video of Doug on FOX 10’s Arizona Morning.

While the Thang is a perfect take-along when boating, boarding, hitting the beach or just plain relaxing, it’s a product with a serious side as well. “Float’n Thang is a wonderful way to do low-stress exercises in the pool or lake”, Masi points out. “It can work all the core muscles, but because you’re floating, your joints don’t take the pounding you feel when on land. I use it to strengthen my bad back”

In fact, Doug works tirelessly bringing the Thang to the disabled. “It is remarkable how helpful it is – physically, mentally and emotionally – in giving people a freedom of self-propelled movement”, he adds. Float’n Thang enthusiastically supports HisKids.Life with a portion of every sale going to the charity.