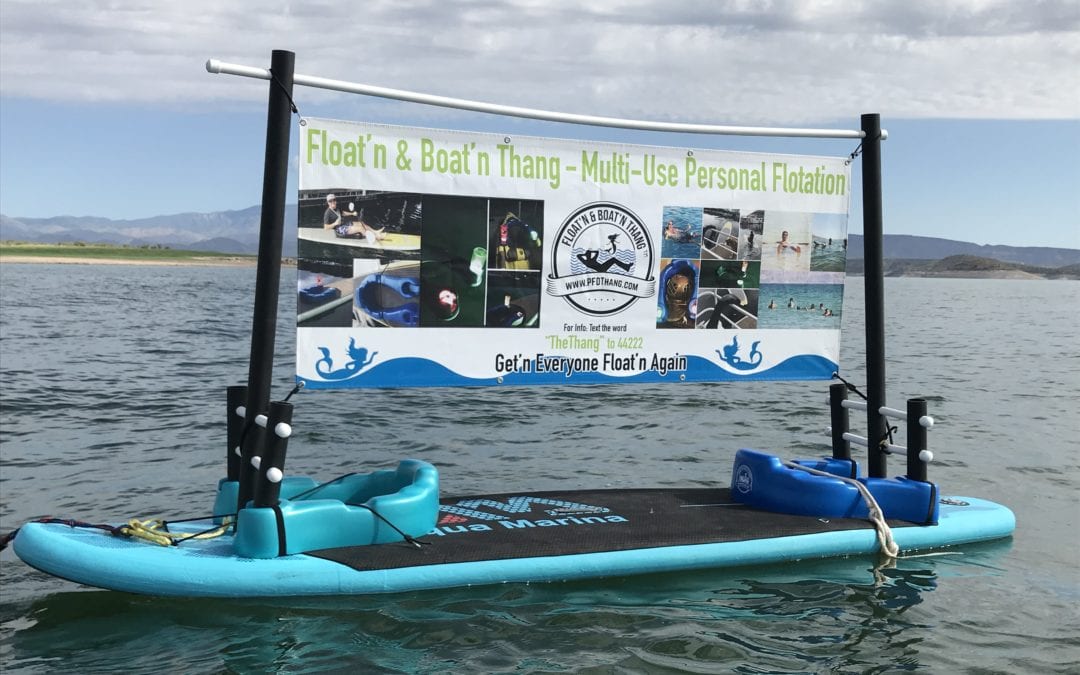 When I think about the Float’nThang, I think about the superior flotation product that I’ve been using for a long time now and I am convinced once people find out the many benefits it has to offer, they’ll be easily convinced as well.  When it comes to aquatic exercise and therapy, durability, longevity, or just having fun and relaxing in the water, there’s no other float,  (or buoyancy device or pool float) on the market that comes close to what the Float’nThang personal flotation device (PFD) has to offer highlighted by its unique custom features.   The Float’n Thang will never absorb water, is resistant to mold and sunlight.  Most pool floats are inflatable unlike the Float’n Thang, which never needs to be inflated.

Flotation (also spelled floatation) involves phenomena related to the relative buoyancy of objects. The term may refer to: Flotation, any material added to the hull … 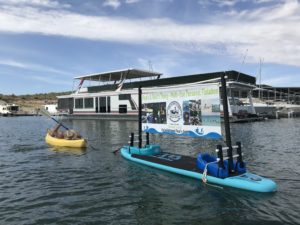 Thinking about how I can share and reach more people with this information, I looked at all the avenues we’ve covered, such as social media, radio, TV, and word of mouth,  just to name a few. And I realized there is no better way to get the attention of people than to take the product directly to the water, where everyone and anyone can view it, and the Float’nThang can be seen in action. So I decided to create a sign that would float and display some of the benefits, in particular, on a SUP. I used PVC pipes essentially like a large version of Tinker toys. I initially designed it on paper and afterward, through trial and error, constructed it so that it can be put together without the use of any glues or adhesives, with the desire that it can be taken apart and put back together for convenience and easier transport.  My thought process was that the Float’nThang could be utilized in the construction so as to demonstrate the durability of the material, the closed-cell foam used to make the flotation device known as the Float’nThang.  With it attached to the board and the sign attached to the Float’nThang, it’s maiden voyage took place in August of 2018 at Lake Pleasant, Arizona. We couldn’t be happier with the outcome. Our desire is with some future modifications here and there, the structure could be utilized to hold umbrellas for shade or maybe even a fishing pole. With the Float’nThang, the possibilities are endless!